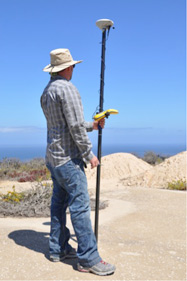 Richard Guttenberg is a Principal Archaeologist with over 18 years of environmental resource experience and has served as Vice President of Cultural Resources since 2005. He has worked on a wide variety of JMA projects throughout California as an archaeological, paleontological, and biological monitor, field/lab director, and project manager, since 1998. His keen understanding of construction engineering and practices combined with knowledge and experience with the local, state, and federal regulatory process makes Richard a valuable member of JMA’s staff. During his graduate studies at CSU Los Angeles he conducted extensive research on San Nicolas Island and published his findings on GIS spatial analysis on an intrasite scale in an edited volume on the California Channel Islands. He has also co-authored several papers and presentations on the prehistory of San Nicolas Island covering topics such as lithic production, ceremonial and religious practice, faunal analysis, the use and production of bone tools and fishhooks, and the use and procurement of aspaltum through trade and exchange.

Richard is actively involved in current research projects on the Southern Channel Islands, Santa Monica Mountains, and northern Baja. He resides in Altadena, and is an avid hiker and lover of the San Gabriel Mountains. In his spare time he enjoys writing, recording and performing music.